Last Night In SOHO is a movie that actually shows a lot of creativity.

In recent years Hollywood has all about being woke and of course the consequences of being work is going broke however Hollywood doesn't seem to care because their main aim is about the mass transformation of mindsets the global changing of the way people think and see the world.

If you feed people a particular type of information and there is no alternative... if you kill the alternative; the reality that you  present to them is going to be the truth to them.

By that what I mean is that in spite of the fact that there is only one truth and that is the truth, you can block out everything from someone's sights and all they see becomes to them what they know or what they see as the truth and as reality even though it is manufactured.

Now that is something that apparently has been Hollywood's aim when you look at the sequence of movies put out by Hollywood. The Hollywood studios are aware that they do not make a great profit from a lot of the movies that they put out that's push forward Woke ideologies that people right now do not accept but they keep on doing it with the hope that people will eventually get accustomed to it.

Keep in mind that this kind of propaganda is not new. The only reason why there's this much friction you know is something I wouldn't quite want to go into so that Hollywood wouldn't make readjustments and make the world a worse place. 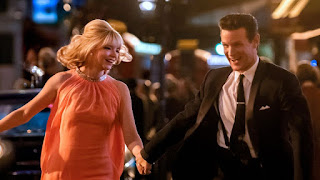 This particular movie however seems to abandon the drive for being woke and it's all about Entertainment. It's all about fun.

The thing that really strikes me is that this Woke era is an Opportunity and what I mean by that is that with Hollywood making a lot of movies that people don't want to see it creates an opportunity for someone to start their own studio that will beat all the studios in Hollywood. As a matter of fact, for the first time the Chinese box office movies that are made by Chinese companies in China is actually beating Hollywood movies on the international markets.

In addition to that, Chinese companies head quartered in China has been buying up American studios in Hollywood. 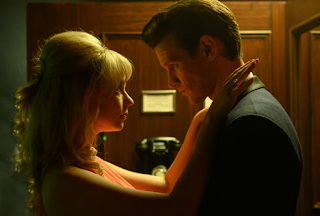 Hollywood studios also look at the large population of China. It's a big motivating factor. They want that market and to capture that market they end up bowing to whatever China says and of course China is enslaved by their government as that is what communism always does.

Anyway this movie takes it back to the days of movies being made for Entertainment and Fun even though there was a little element of propaganda. That element was toned down or cleverly crafted into the story in such a way that the story and the plots and the idea of it being enjoyable to the audience took preeminence and was first place and was placed above the movie being for lecturing or trying to reprogram people's minds or you know giving people all kinds of  points on Wokeness.

This movie is about a young female.

Interestingly, I didn't see any African-American in the trailer you know which says a lot. It means that they are not interested in being Woke. They are interested in telling a good story.

Howbeit, the story will still have some elements of propaganda or to put it in a lighter way: A Message.

The Protagonist (Lead Character) has some kind of psychic connection to another lady who actually lived in the 1960s.

There was that link between one and the other and of course this is a a horror movie so things take a turn in that direction. Keep in mind that this is witchcraft. That's something that you must know because this is communication with the dead.

The bible tells us clearly about communication with the dead and that is wrong.

It is basically demons that are disguising themselves as someone who is dead and communicating with you; and you know the scripture wants us about having fellowship with devils.

Fellowship with devils will always land you in a very unfortunate situation.

This movie is not a Christian movie so there isn't a chance that is actually done to warn people about that kind of thing. This is a secular movie that is for Entertainment and you know how the people of the world are. The way they present these kinds of things it makes lite of serious issues and actually presents false realities.

Just imagine someone who hasn't heard the gospel watching this movie. They are giving an ideology of falsities.... an ideology based on a deception on something that you know is actually serious.

The Bible makes it clear that by dabbling in that you are having fellowship with devils and that is going to end you in a very unfortunate place.

However, Hollywood movies use it for just storytelling and they do not do it with the aim of warning people about it.

Surely, there are those in the studio who know what they are doing and are probably witches who want their practices and their religion out there, howbeit presented as fiction,