When Politicians Ban Certain Businesses From Operating And Green Light Certain Other Businesses To Eat Up The Market Share : Eyes Of A Business Mind (by Alfred) 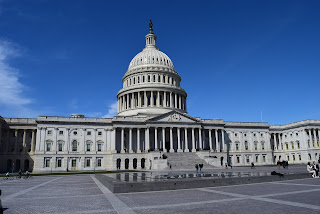 It's sad how so many believe authority figures and swallow up anything they say.
If something is said to be said by an expert, or it is taught in schools by teachers, or it has some government approval to it as official; most people just assume it is the truth and any opposing line of thought is a lie, a conspiracy theory, or ignorance, or something diabolical that should be silenced.
This overconfidence in authority figures or the bestowing of infallibility on anyone who is said to be an expert is what is going to lead to the slavery of mankind by the authority figure class (or class of experts) as it is already currently now doing.
It has become a religion where the expert class are the priests with supernatural knowledge, wisdom, and guidance which everyone else follows.
People no longer think for themselves and they expect the experts to do the thinking for them and create opinions for them which they embrace and take to be gospel, and they fight anyone who opposes the spoutings of the so-called experts.
This has unsurprisingly created a world where the experts can easily pull the most ridiculous cons on the rest of the world as they please.
This can be seen with things like the Climate Change agenda which has been used to make certain companies, nations, and individuals very wealthy.
Right now we have the coronavirus sham which has been used to also transfer wealth and has actually ushering the greatest transfer of wealth in human history.
Politicians are in plain sight giving authority on what businesses can be opened and which must remain closed.
Naturally, making the families of politicians who invest in the companies they give the green light to prosper. As well as the directors of companies who sponsored the politicians campaigns.
This is all happening in plain sight and people still haven't woken up. The politicians do not represent the people; they represent their own interests and the interests of their sponsors.
As the recent elections in America has prooved voting in the right people into office alone is not the answer.
The devil has put up a very elaborate network of systems to ensure that his plans for the world are carried out.
Christians must also ensure they to put up an elaborate structure of networks to ensure that the world becomes what we want to make of it; which is what God wants to make of it.
If we do nothing and say that it is all in God's hand then truly we have given it up to the devil because God has given us the authority and he is waiting for us to do something.
If you & I do nothing we have therefore chosen to be defeated.
In the Bible all the times Israel went into battle there was no time that the people of God just stood quietly and said a prayer and their enemies all fell down dead; they had to do the fighting. Some sort of serious practical actions that are given to us by the instruction and leading of the Holy Spirit need to be carried out for victory to be ours.
It is not up to God. It is up to God in us. If we do nothing, nothing will happen.
Jesus said go into all the world and preach the gospel. He didn't say, "go into all the world and then pray that I come and preach the gospel for you. Pray that I come and make an impact on the world for you."
Jesus wants us to make the impact, he said "you are the light of the world."
He wants us to be the light of the world it is not for us to stand still and expect Jesus to come down going against Bible prophecy and be the light; then go back up.
Right now is the age of the church. It is for us to change the world. If we do nothing we are going to still go to heaven but we go to heaven as folks who were defeated on earth even though we were given the power to have Dominion.
We have to do all that we can to counter every system the devil has put in place and swallow it up. We have to establish our own systems in every sphere of life: in politics, education, entertainment, Business, belief systems, man's understanding of history, and every single thing in the world that man can influence and even way beyond natural man's influence.
No non-Christian has to right to be more powerful than the church in anything.
It is a shame that the non-Christians can gather and use tools and organisations they created like the W.H.O and the United Nations to put the whole world under a sham lockdown, force Churches to close their doors, destroy people's businesses and livelihoods, and plan to perform A Great Reset which they are boldly and proudly telling us about.
For every system, organisation, or strategy the world has, the Church needs to have a more powerful counter for it or else to devil would kill steal and destroy in the most despicable way while we had the power to stop him but did nothing to save the world.
Labels: Updates